Beyoncé Is Finally an Oscar Nominee

She just earned her first nod for Best Original Song.

For the first time ever, Beyoncé is nominated for an Academy Award.

The superstar, who already has a record-breaking number of Grammy wins, scored a nomination for Best Original Song for “Be Alive,” which accompanied the film King Richard. The track is an inspirational anthem featuring soaring harmonies, an uplifting message, and Beyoncé’s signature powerhouse vocals, making it the perfect match for the drama, which follows the rise of young Venus and Serena Willams under the guidance of their father/coach, Richard Williams.

“It feels so good to be alive / Got all my family by my side / Couldn’t wipe this Black off if I tried / That’s why I lift my head with pride,” Beyoncé sings in the chorus.

The Williams sisters first announced surprise new song in October, when the trailer for King Richard was released. Will Smith, who stars as Richard and earned a lead actor nomination for his performance, later revealed that the collaboration with Beyoncé after a screening of the film.

“The marriage of a movie and a song is a kind of magic that’s unmatched in entertainment,” Smith told Entertainment Weekly. “I was so happy when Beyoncé called.”

Beyoncé was previously expected to earn a nomination for the 2020 Oscars after she released the bold original song “Spirit” that accompanied the “live-action” Lion King. However, she was snubbed. Now that she’s finally in the running for a trophy, she’ll be competing against Lin-Manuel Miranda (“Dos Oruguitas,” Encanto), Billie Eilish and Finneas (“No Time to Die,” No Time to Die), Van Morrison (“Down to Joy,” Belfast), and Diane Warren (“Somehow You Do,” Four Good Days). 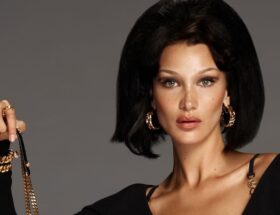 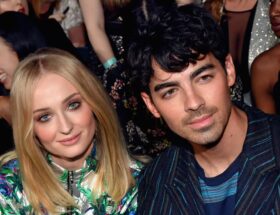 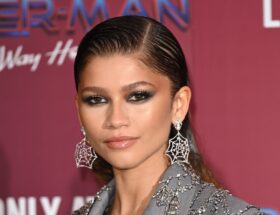