Irina Shayk Steps Out in a Barbie Pink Suit in NYC

The model wore a show-stopping Hugo Boss suit to pick up her daughter at school.

The 35-year-old model and mother of one stepped out in New York City’s Soho neighborhood on Friday in head-to-toe pastel pink.

According to Just Jared, Shayk’s agenda for the day included a meeting with her friend, Eli Mizrahi, the designer of fashion brand Monot, followed by a stop to pick up four-year-old daughter Lea at school.

As perfectly put-together as the model looks in, well, pretty much every photo of her in existence, Shayk says that’s actually not a priority for her.

“I’m not this stiff model who sits there and wants to look perfect,” she told BAZAAR.com in 2019. “I’m not perfect. I have bad skin days and bad hair days. Sometimes I don’t look like a model. I’m just a real human being.”

During that interview, Shayk also opened up about motherhood and why becoming a mom didn’t change the way she expresses herself, particularly through fashion.

“You have to be really truly yourself for your kids, otherwise you’re living in a lie,” she said. “Tell me one reason why, just because you’re a mother, you need to wear a longer skirt. No! I don’t believe in that. I really don’t. How is it that people think of this idea? Why should you have to change who you are and how you feel just because you become a mother? I’m like, tell me why. Tell me one reason! I don’t believe in that. I don’t understand why.” 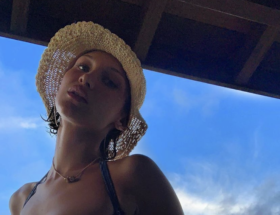 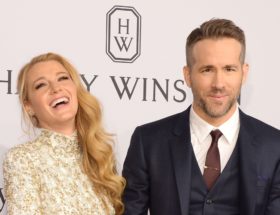 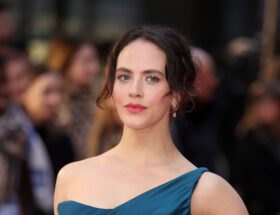