J.Lo and Ben Affleck Have Reportedly Been Spending Time Together … Again

0
Home CELEBRITIES J.Lo and Ben Affleck Have Reportedly Been Spending Time Together … Again

Could Bennifer be making a comeback? God, I hope so.

Some could argue that calling your ex after a traumatic breakup is a sign of romantic defeat, but when you’re Jennifer Lynn Lopez, honey, it’s a power move. Especially when said ex-boyfriend is actor, director, and former Hollywood heartthrob turned DILF, Ben Affleck.

According to Page Six, the actor was photographed visiting Lopez at her Los Angeles home multiple times this week. Lopez recently broke off her engagement to former Yankees star Alex Rodriguez earlier this month, while Affleck split from his girlfriend, actress Ana de Armas back in January. Page Six also obtained photographs of the actor exiting what appears to be Lopez’s white Escalade SUV yesterday. Affleck surprisingly didn’t go incognito for the visit. (Why would one anyone want to play coy after meeting up with Jennifer Thee Lopez?)

“Security picks him up at a nearby location and drops him off after spending a few hours at her house,” a source told the outlet of the pair’s low key rendezvouses, but declared their meet-ups to still be solely platonic. “They are friends…” said the source. ” They’ve never not been.” Affleck has reportedly met up with Lopez three separate times in the last week, including at the Beverly Hills Hotel where she had a dinner meeting with her ex-fiancé, Rodriguez.

Since announcing her split from Rodriguez, the pop star’s fervent fans have voiced their desire to see a reunion between the former couple.

While we may be collectively exhausted from the 2000s nostalgia (i.e. constant television show reboots, the return of low-rise jeans, and Gen-Z stealing every fashion and pop culture concept that millennials birthed), Bennifer 2.0 is a reunion we can get behind. They were the original power couple after all, and they represented an often replicated, never duplicated era of fame and authentic sex appeal. Plus, they were one of the first major interracial relationships to take over the tabloids. Maybe we also selfishly just want to see the return of Lopez’s 6.1 carat pink diamond engagement ring too—it was the best of her five rings after all.This content is created and maintained by a third party, and imported onto this page to help users provide their email addresses. You may be able to find more information about this and similar content at piano.io 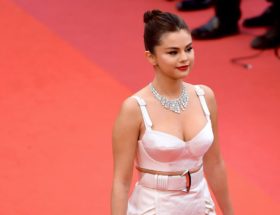 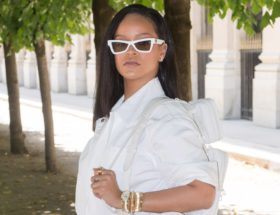 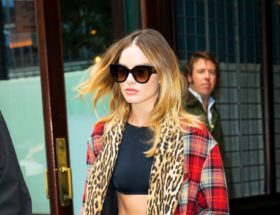