Lopez shared pics of her and her costars on set in the Dominican Republic.

Jennifer Lopez is celebrating with her costars.

The 51-year-old singer and actress announced on Instagram yesterday that filming has wrapped on her upcoming romantic comedy, Shotgun Wedding. To ring in the news, she shared some fun behind-the-scenes pictures of herself and the rest of the cast.

In the pictures, Lopez and costars Josh Duhamel and Lenny Kravitz appear to be in costume. In one particularly amazing shot (the second in the gallery), she and Duhamel, 48, sit together in folding chairs on a boardwalk on the beach. Lopez wears a nude, tattered tulle gown paired with combat boots, while Duhamel looks similarly disheveled in a tuxedo with an undone bow tie.

In the movie, Lopez and Duhamel star as a couple who have cold feet ahead of their luxe destination wedding, but realize things can get much, much worse when their entire wedding party is taken hostage, according to Variety. The release date is still unknown.

Lopez has shared several photos from the set while filming in the Dominican Republic for the past few weeks.

Late last month, she also posted a shout-out to Villa Tres Amarras, which has been her home away from home during the movie shoot.

Her post included a picture of the gorgeous views from her villa, as well as a shot of her hanging out in the pool with her and Marc Anthony’s 13-year-old twins, Max and Emme Muñiz, and producer Elaine Goldsmith-Thomas. 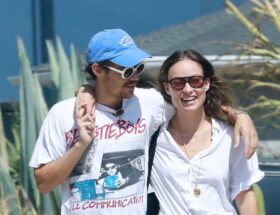 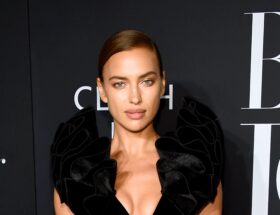