The series broke the record for most awards won by a single show in one season.

Schitt’s Creek made history at the Emmy Awards this year after scoring nine trophies, breaking the record for most wins for a comedy show in a single season. The Pop TV series won seven awards at tonight’s ceremony and two at the Creative Arts Emmys last week.

As Gold Derby pointed out, this marks the first time a series has won the four main acting awards since Angels in America in 2004. Veteran actors Catherine O’Hara and Eugene Levy also marked career milestones with their first lead acting Emmys after prior writing and supporting acting wins.

“The Internet’s about to turn on me. I’m sorry!” the younger Levy said in his acceptance speech after his third win of the night. “This has been the greatest experience of my life,” he later said of being part of the show.

The victories are a belated but impressive way to mark the end of the series, which bowed out with its sixth and final season earlier this year. Schitt’s Creek did not win any Emmys in years prior, although it had been nominated.

While the ceremony was filmed remotely, the cast of Schitt’s Creek dressed up and gathered for a socially distant watch party in Toronto. 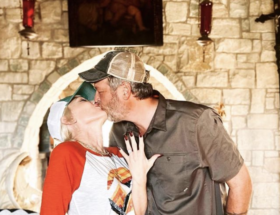 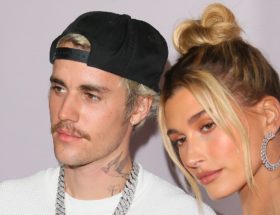 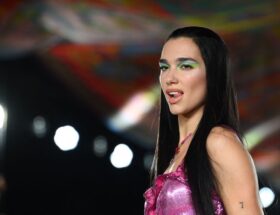