Everything We Know About Ariana Grande’s New Boyfriend, Dalton Gomez

The ultra low-key couple have finally confirmed their new romance.

The ultra low-key couple have managed to stay out of the public eye in recent months, but Grande confirmed their relationship when the two appeared together in Grande and Justin Bieber’s new quarantine created music video for their new duet, “Stuck with U.” The pairing marks Grande’s first public relationship since she ended her engagement with Saturday Night Live star, Pete Davidson.

TMZ first confirmed Gomez’s back in March when the two were reportedly spotted kissing at a bar, but the pair have continued to share subtle insight into their relationship over the course of their relationship. Below, we broke down everything we know about the burgeoning real estate tycoon and the pop songstress.

THE TWO HAVE BEEN DATING SINCE JANUARY 2020.

According to People, the pair began dating at the start of the new year but Grande has insisted on keeping their union as hush-hush as possible, following her very public fling with SNL star Pete Davidson.

“They have been hanging out for a couple of months,” a source told the outlet. “Ariana doesn’t want to do another public relationship so she is trying to keep this one quiet, but she seems very happy with Dalton.”

Gomez isn’t a part of the entertainment industry, but rather a budding real estate tycoon. He reportedly works as a buyer’s agent for the Aaron Kirman Group, a luxury real estate company in Los Angeles. According to the bio on his official profile on the business’s website, Gomez “holds one of the largest rolodexes of A-list buyers” and is known for his “extensive knowledge in the fields of architecture and luxury estates.”

GOMEZ AND GRANDE HAVE BEEN QUARANTINING TOGETHER SINCE THE START OF THE CORONAVIRUS CRISIS.

The two have reportedly been heeding California’s stay-at-home orders and social distancing together at Grande’s Los Angeles home, reports People.

“[Ariana] is very serious about self-distancing and has been with the same group of people for days,” a source told the magazine. “One of the people she is with right now is Dalton.”

BOTH GOMEZ AND GRANDE HAVE MADE BLINK-AND-YOU’LL-MISS-IT APPEARANCES ON EACH OTHER’S SOCIAL MEDIA ACCOUNTS.

Before the release of the “Stick with U” music video, both Grande and Gomez made brief appearances on each other’s Instagram stories.

A clip of Grande dancing while grasping a glass of wine previously appeared on Gomez’s (private) account while Grande once posted a black-and-white of her new beau from behind playing video games. Fans were quick to connect that the tattoos of the figure in Grande’s photo did indeed belong to Gomez.

GRANDE CONFIRMS HER AND GOMEZ’S RELATIONSHIP BY APPEARING TOGETHER IN THE “STICK WITH U” MUSIC VIDEO.

Grande confirmed her and Gomez’s pairing when the two appeared together in the music video for “Stick with U,” the new, stay-at-home inspired duet from Grande and Justin Bieber. Towards the end of the visual, Grande appears alongside Gomez where the two endearingly embrace and dance together.

GRANDE SHARED A SWEET SELFIE OF HER AND GOMEZ AHEAD OF HER 27TH BIRTHDAY.

Grande shared a series of photos on Instagram ahead of her upcoming 27th birthday, including a rare selfie with Gomez. In the photo, Grande can be seen rocking an oversized grey hoodie while she snuggles up next to her smiling beau.

GRANDE SHARES A SLEW OF SWEET SNAPS OF HER AND GOMEZ FOR HIS BIRTHDAY.

Ariana Grande took to Instagram to wish her beau a happy birthday. In her dedicated post, Grande shares a series of intimate photos and clips of the pair including multiple shots of the pair cuddling, kissing, laughing and even a celebratory meme poking fun at their relationship.

“hbd to my baby my best friend my fav part of all the days 🙂 i love u,” wrote Grande alongside her Instagram dedication.

GRANDE AND GOMEZ COULD BE IN IT FOR THE LONG HAUL.

According to Us Weekly, Grande “really, really likes” Gomez and is relishing her new relationship with the real estate agent.

“Ariana sees something different in Dalton that she has never seen before in guys she has previously dated,” a source told the outlet. “He is the type of guy she has been looking for. He’s very protective of her, will go out of his way for her and does little things that are chivalrous. Dalton will go above and beyond to meet her needs.”

THE TWO SHARED A SWEET MOMENT AT THE 2020 VMAS.

Following Grande’s powerhouse performance alongside Lady Gaga at the MTV Video Music Awards in late August, the pop star took to Instagram to share a few behind-the-scenes moments. And within the series of snapshots, there’s a sweet photo of her and Gomez holding hands. 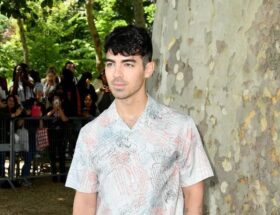 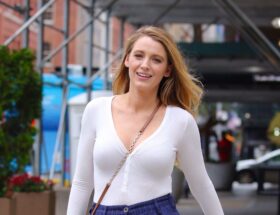 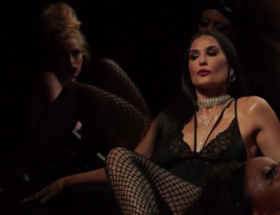