Chris Pratt and Katherine Schwarzenegger Are Expecting Their First Child

Chris Pratt and Katherine Schwarzenegger are expecting their first child together, reports People. The news comes ten months after the author and the actor tied the knot. The newborn will be Schwarzenegger’s first child and Pratt’s second: he shares his 7-year-old son Jack with his ex-wife, Anna Faris.

Pratt and Schwarzenegger got married on June 8 last year in an intimate ceremony held in Montecito, California. Schwarzenegger wore a custom Armani gown with a tulle train and lace-edged veil, and Pratt a classic Armani tuxedo. The ceremony was attended by friends and family, including Schwarzenegger’s parents Maria Shriver and Arnold Schwarzenegger, and Pratt’s son, Jack.

“Yesterday was the best day of our lives! We became husband and wife in front of God, our families and those we love. It was intimate, moving and emotional. We feel so blessed to begin this new chapter of our lives,” they wrote in an Instagram post after the event. The couple began dating in summer 2018 and were engaged by January 2019.

Schwarzenegger recently published her fourth book, The Gift of Forgiveness, while Pratt is set to star in a Parks & Recreation reunion special airing on April 30, which will raise funds for coronavirus relief efforts. (Proceeds will go to Feeding America.) The special, airing on NBC, will reunite the main cast members, who will shoot the special from their homes: others on board include Amy Poehler, Rashida Jones, Rob Lowe, Aubrey Plaza, Aziz Ansari, Nick Offerman, and Adam Scott. 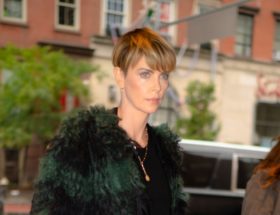 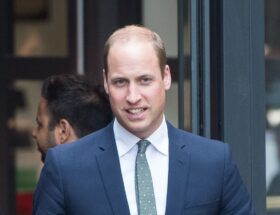