As the coronavirus continues to call for sheltering in place, brands are getting creative in how they create content. Magazines have begun rethinking their editorial shoots for one, with select publications enlisting models and celebrities to self-photograph themselves for its upcoming issues. Now, fashion campaigns are getting the same treatment. Today, Jacquemus released its new Spring 2020 campaign, and the series features Bella Hadid in images that were shot entirely via FaceTime, captured by the photographer Pierre-Ange Carlotti and creative-directed by its designer Simon Porte Jacquemus. Aside from the duo, there were no stylists, no hair and makeup artists present on the shoot—just Hadid, an empty room, and an iPhone. The results are impressive considering they couldn’t be in the same room.

The campaign, called “Jacquemus at home,” features Hadid in pieces from Jacquemus’s Spring 2020 collection, which was shown last June. Considering the show was an ode to Jacquemus’s 10 years as a designer, the pieces were joyful and vibrant—a mood Hadid mimics. In the series, she sports clothes such as a chic white suit styled with a green bra, a striped yellow crop top, and a lavender knit bodysuit, among others. In one image, she’s entirely nude, concealed only by one of Jacquemus’s signature mini top-handle bags. She also sports summery accessories such as rectangular lucite sunglasses and platform jute sandals.

While the Jacquemus photoshoot is unorthodox, Hadid said the meeting of the minds for the project between her, Jacquemus, and Carlotti still captured the creative collaboration that a team usually gets on set together. “Best few hours… reconnecting,” said Hadid in her Instagram post. Hadid is becoming a master of the at-home modeling gig: in this month, she took part in a photo shoot that was also conducted over FaceTime. This DIY approach is one that other fashion brands are soon bound to follow for their upcoming campaigns; not only does it carry on business in a practical way, it also calls for a little dose of creativity and outside-the-box thinking. And judging by Hadid’s execution, the images can be just as grabbing, too. 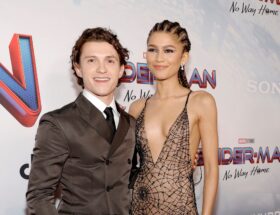 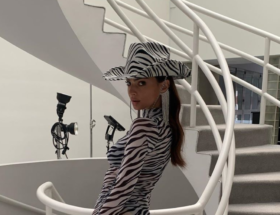 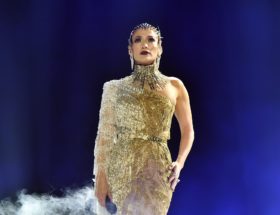