Yesterday morning, Beyoncé performed at the Celebration of Life event held at the Staples Center in Los Angeles. The sold-out gathering honored the memory of Kobe and Gianna Bryant, who were both killed in a helicopter crash in Calabasas last month, along with seven others. Held in an arena often described as “the house that Kobe built,” the memorial was rich with significance. Even the February 24 date has a meaning: It represents the numbers (24 and 2) of the basketball jerseys that Bryant and his daughter wore. “I’m here because I love Kobe and this was one of his favorite songs,” Beyoncé said before launching into “XO,” adding, “I want you to sing it so loud that he hears your love.”

After the moving performance, Bryant’s wife Vanessa took to the stage to share some loving and sometimes even humorous thoughts about her late husband and daughter, including a reminiscence about attending the basketball legend’s games. “[Kobe] would worry about me if I wasn’t in my seat at the start of each game and would ask security where I was at the first time out of the first quarter,” she said. “My smart ass would tell him he wasn’t going to drop 81 points within the first 10 minutes of the game.” Vanessa also spoke of the close bond she and Bryant shared. She said, “A couple weeks before they passed, Kobe sent me a sweet text and mentioned how he wanted to spend time together, just the two of us, without our kids, because I’m his best friend first.”

Bryant said of her late daughter, “Gianna Bryant is an amazingly sweet and gentle soul. She was always thoughtful. She always kissed me goodnight and kissed me good morning.” She added, “God knew they couldn’t be on this earth without each other. He had to bring them home to have them together.”

Other speakers at the memorial included Jimmy Kimmel as a sort-of master of ceremonies and women’s basketball coach Geno Auriemma, while Alicia Keys and Christina Aguilera also performed.

The public memorial saw around 20,000 mourners attend, all of whom purchased tickets benefiting the Mamba and Mambacita Sports Foundation, a nonprofit carrying on Kobe and Gianna’s legacy by creating positive impact through sports. A number of star athletes were in the audience, including Michael Jordan, Magic Johnson, Shaquille O’Neal, Dwyane Wade, LeBron James, and Stephen Curry. 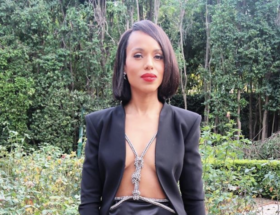 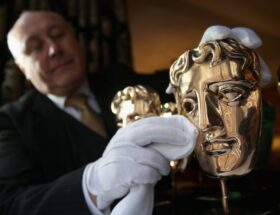