Sorry to these 49ers and Chiefs, but in the aftermath of Sunday’s Super Bowl, everyone was talking about halftime-show performers Jennifer Lopez and Shakira.

Lopez and Shakira arguably stole the Super Bowl with their incendiary halftime performance, which featured medleys of both their career-spanning hits; a pole-dancing stint from Lopez; incredible costumes and beauty looks; and cameos from Bad Bunny, J. Balvin, and Lopez’s 11-year-old daughter, Emme Muñiz, who joined her mom along with a children’s choir to sing Lopez’s hit “Let’s Get Loud.”

The halftime show was overtly political at times, with Lopez—the Bronx-born daughter of Puerto Rican parents—sporting a double-sided cape displaying the Puerto Rican and U.S. flags as she sang a part of Bruce Springsteen’s “Born in the U.S.A.” Fans were also thrilled to see two Latinx women share the stage at such a quintessentially American event. Some viewers also speculated that the show featured more oblique references; Muñiz and other children were seen singing inside lit-up orbs, which some guessed might represent predominantly Latinx children in cages at the U.S. border.

On Tuesday, Lopez took to Instagram to explicitly address the themes of belonging and speaking out, posting a sweet photo of herself and Muñiz with a meaningful caption:

“These moments were captured just minutes before we hit the stage last night,” she wrote, adding the hashtags #LetsGetLoud and #BornInTheUSA. “All I want my girls, the little girls on stage with me and all over the world to know is how to use their voices and be proud of everything they are. We are proud to recognize that all of us together are what makes this beautiful country truly great.” 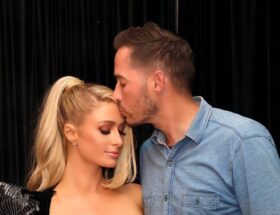 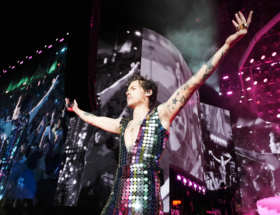