I definitely couldn’t squeeze into such a skimpy thong after Christmas dinner.

Bella Hadid has been enjoying the holiday season, and revealed on Instagram that she’d been having “a very Dutch Christmas.”

As well as spending some much-needed downtime with her family, the Victoria’s Secret model also shared a seriously revealing Instagram vid, in which her midriff was fully on display.

Wearing a tight crop top with long sleeves, Hadid showed off her amazing physique in the mirror, and wrote, “sleepy girl , enjoying it.”

She also shared the sweetest family snap taken with sister Gigi Hadid, brother Anwar, and mom Yolanda. In a subsequent photo she revealed that it had been “another wild and crazy Xmas.”

2019 has been another busy year for Bella, who recently opened up to WWD about some of her positive and negative modelling experiences. The prolific model explained, “Rihanna’s amazing. For me, that was the first time on a runway that I felt really sexy. Because when I first did Fenty, I was doing other lingerie shows and I never felt powerful on a runway, like, in my underwear.”

She continued, “I like being another character. I think at this point I don’t necessarily love being myself sometimes… Sometimes on the runway you get either nervous or you forget how your legs move.” 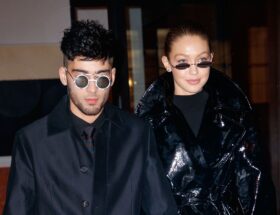 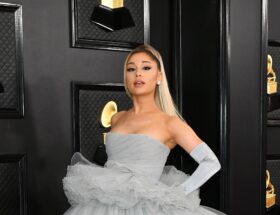