Happy birthday, Kendall Jenner! As someone who was born in the mid-’90s, it’s only natural that the top model has a fixation on the decade’s fashion, as her outfit choices this year have proved again and again. From jetting around international Fashion Weeks to her more off-duty looks, Jenner has spent much of her 23rd year leaning into signature ’90s pieces—all of which still somehow feel fresh and current. Think barely there thong mules, shoulder bags, and loads of vintage designer.

Some of her best retro looks of note? When she stepped out in New York in September wearing a Versace slip dress with a hot pink lace trim; it looked like something supermodel Linda Evangelista would wear while partying with the late Gianni Versace himself back in the day. Jenner has also channeled the minimalism of the decade too, like when she stormed around Manhattan last month in a pared-back ensemble consisting of a simple black dress and matching knee-high boots.

Meanwhile, Jenner’s been quietly reviving some of the decade’s best accessories as well, such as the flip-flop heels she’s been wearing nonstop, a shoe trend first ignited by sister Kim Kardashian West. Her favorite purse? It has to be the small-but-mighty shoulder bag—Bella Hadid’s also a fan—which was the must-have style during the decade as well as the ensuing early aughts. 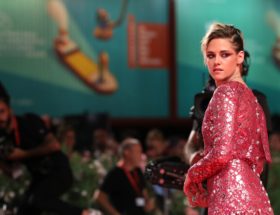 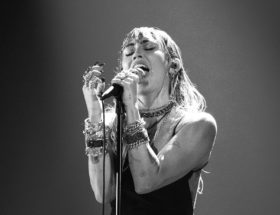 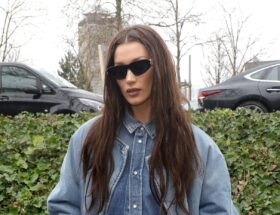