When your day job involves dressing up in cutting-edge fashion, you can’t do Halloween by halves. And while Anok Yai’s presence on the runway for brands like Prada, Tom Ford, and Saint Laurent has made her one of modeling’s brightest stars, it’s her off-duty creativity that has people talking. A costume enthusiast, Yai’s interpretations of fandom characters are dazzling down to the smallest detail. Following a hyper-realistic take on Avatar’s Neytiri last year, Yai decided to take on another iconic heroine for her trip to Heidi Klum’s 20th annual holiday bash. It took seven hours of getting her hair and makeup perfected, but Yai more than pulled off playing X-Men’s weather goddess, Storm.

With her dramatic costume by designers James Garland and Kiki Kitty all set and a camera in tow, Yai set about enjoying the party at Cathédrale Restaurant at Moxy East Village Hotel. Joined by model friends like Duckie Thot and Grace Elizabeth, she had a blast taking in all the evening had to offer; whether that meant selfies with Maluma or kudos from Halloween queen Klum, Yai made the most of her chilling style moment. She documents her experience in an exclusive Vogue diary. 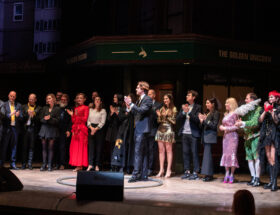 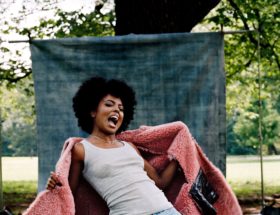 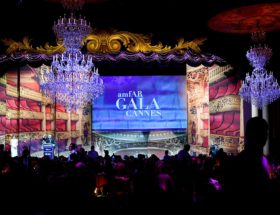