“That’s Not a Plane, That’s a Hair Dryer!”: Anna Wintour and Donatella Versace on Rafting and Riding Horses Together

0
Home CELEBRITIES “That’s Not a Plane, That’s a Hair Dryer!”: Anna Wintour and Donatella Versace on Rafting and Riding Horses Together

This afternoon, two dear friends sat down for a chat about fashion, celebrity, politics, and family. Vogue’s Editor in Chief Anna Wintour and Donatella Versace came together on stage to close the third annual Forces of Fashion conference—and there was no holding back. They discussed J.Lo’s recent viral moment on the Spring 2020 Versace runway, which sent social media into a tailspin when she stormed the catwalk wearing an updated version of the iconic jungle dress. You know, the one that kickstarted Google Images twenty years ago when she turned up to the Grammy Awards in 2000 in the barely-there, tropical palm print look?

Wintour and Versace then went on to discuss the legacy of the designer’s late brother, Gianni. Versace spoke about the time that she and her brother stole their father’s car and drove to see Patty Pravo, the singer who inspired Versace to go blonde, in concert. “Gianni was a bad driver,” she said, laughing. “The car broke down on the side of a highway and we just left it there. We hitchhiked to the concert and then someone came along and stole the car. It was kind of a problem.”

Wintour also asked Versace about her thoughts on American politics at the moment, to which Versace replied swiftly: “I’ve been liking Mayor Pete. I think the whole world would gain from a president like that.” She also reminisced about a momentary encounter she had with the current POTUS; one that, perhaps unsurprisingly, involved fast food. “Years and years ago, we did a shoot with Madonna at Mar-a-Lago,” Versace said. “We were trying to create this incredibly glamorous environment but then, Donald Trump walks in (who clearly wanted to meet Madonna), and he was carrying a bucket of Kentucky Fried Chicken. He kept asking us if we wanted to try this Kentucky Fried Chicken! We said: No, thank you.”

The discussion was an ebb and flow of heartfelt moments and bouts of pure comedy, but throughout the entire panel, the most endearing anecdotes were those between Wintour and one of her oldest, closest friends. For decades, the two have shared in each other’s triumphs and tragedies—and had plenty of fun along the way. “I really admire Donatella for her honesty in a world that isn’t always completely honest,” Wintour said. “And, also, how unbelievably loyal she is to her friends, and how deeply she cares about her family. She is the most extraordinary mother,” she said, before adding: “So I don’t think of her as Donatella Versace the blonde, extraordinary icon that she is, I think of her as Donatella, my friend.”

Today, we saw just how deep-rooted their kinship really is. “We’ve spent a lot of time together over the years,” Wintour remarked. “We’ve ridden horses together on a dude ranch, and we’ve gone white river rafting.” On the big screens flanking the Forces of Fashion stage, there appeared personal snapshots of these family vacations: Rafting with their kids on the Colorado River, wearing very unfashionable, hefty yellow life jackets and waiting for the horses in Wyoming. There was also a photo of the two women heading into a Billy Joel and Elton John concert. “Yes, I’ve seen Donatella on a horse,” Wintour said. “She wears full lycra and high heels and at that time, she was still smoking. I remember her telling me, ‘Anna, this is Marlboro country!’”

On the rafts, Versace was a little more nervous in the gushing rapid than the always-steady Wintour. “I was like ‘Oh my god! The children!’ and Anna didn’t say a word, there was no movement from her,” Versace recalls. “It didn’t bother her at all but meanwhile, all I saw was disaster.” Versace also saw something different when she first laid eyes on the tiny plane they took to get to the isolated ranch. “You did have to take quite a small plane,” Wintour says. “Donatella took one look at it and said, ‘Anna, this is not a plane, this is a hair dryer.’” Both women laughed at the memories, and acknowledged how strong their friendship really is—and how strong it’s always been. Towards the end of the panel discussion, and after a few questions from the audience regarding models today versus in the ’90s (“the catfights backstage were heaven then,” as Versace noted), plus, of course, a recounting of their favorite things about one another, Wintour gave her BFF an idea for a new adventure: “Maybe skydiving next year?”

Below, Wintour and Versace share their personal family photos from some of their most memorable moments together—those far from the runways. 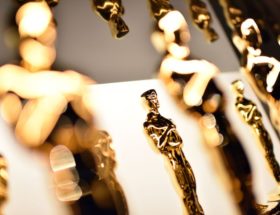 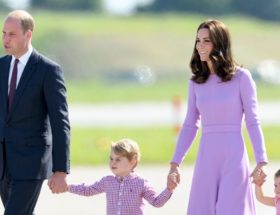 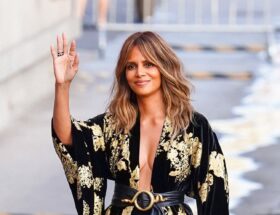