Do you recognize that spot?

In new paparazzi photos from the set in New York City, stars of HBO Max’s reboot gather on the steps of the Metropolitan Museum of Art for the first time, revisiting an iconic setting from the original CW teen drama. Fans of the series will recognize the landmark as a common meeting place for Serena van der Woodsen (Blake Lively), Blair Waldorf (Leighton Meester), and her “minions” during their days at Constance Billard.

Other photos from filming show the stars dressed in evening wear, offering a hint of what we might expect from the wardrobe. On the heels of Blair and Serena, two TV icons who defined teen fashion in the 2010s, these new characters have big shoes to fill. Luckily, the original costume designer, Eric Daman, is on board for the remake.

This reimagining of Gossip Girl won’t include original stars like Lively and Meester, but it will still tie into the story in some way. A logline for the show reads, “Eight years after the original website went dark, a new generation of New York private school teens are introduced to the social surveillance of Gossip Girl. The prestige series will address just how much social media—and the landscape of New York itself—has changed in the intervening years.”

Screenwriter Joshua Safran also teased that this version will be more inclusive than its predecessor. “There was not a lot of representation the first time around on the show,” he told Vulture last November. “I was the only gay writer I think the entire time I was there. Even when I went to private school in New York in the ’90s, the school didn’t necessarily reflect what was on Gossip Girl. So, this time around the leads are nonwhite. There’s a lot of queer content on this show. It is very much dealing with the way the world looks now, where wealth and privilege come from, and how you handle that. The thing I can’t say is there is a twist, and that all relates to the twist.”

There are no details yet on when exactly in 2021 the new Gossip Girl will debut, but until then, we’ll be taking in every last pixel of these behind-the-scenes photos. XOXO. 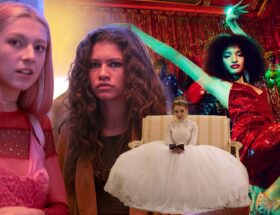 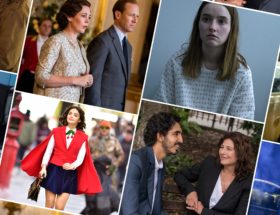