The Fab Four was notably absent on Beatrice’s special day.

Princess Beatrice tied the knot with Edoardo Mapelli Mozzi on Friday, in an intimate service at The Royal Chapel of All Saints at Royal Lodge in Windsor. Having previously postponed their wedding on account of the coronavirus pandemic, the couple decided to get hitched in a small but stylish ceremony with a “secret garden” theme.

Queen Elizabeth and Prince Philip were in attendance at the nuptials, as were the couple’s parents and siblings. However, it would appear that extended royal family members, including Beatrice’s cousins, Prince Harry and Prince William, weren’t invited to the low-key wedding.

An official press release for the event revealed, “The couple decided to hold a small private ceremony with their parents and siblings following the postponement of their wedding in May.” This would include the bride’s sister, Princess Eugenie, and parents, Prince Andrew and Sarah Ferguson.

The release went on to state, “The ceremony was attended by Her Majesty The Queen and His Royal Highness The Duke of Edinburgh, the couple’s parents and siblings. The Bride was walked down the aisle by her Father. Mr. Mapelli Mozzi’s son Wolfie was best man and pageboy.” As no other royal family members are referenced, it presumably means that they weren’t in attendance at Beatrice’s wedding.

As Princess Beatrice and Mapelli Mozzi had such a small wedding, “in keeping with the unique circumstances while enabling them to celebrate their wedding with their closest family,” it seems likely that the guest list had to be kept extremely small. As a result, there probably wouldn’t be space for cousins and their wives and children, especially as social distancing remains key during the pandemic.

Town & Country‘s source confirmed, “It was, for the most part, his and her immediate family,” with the publication noting that it would be unlikely that Meghan and Harry would risk international travel during the current coronavirus pandemic. A source close to the Sussexes tell that the Duke and Duchess of Sussex privately reached out to Beatrice and Edo to share their congratulations.

Meanwhile, the Cambridges shared a photo from Beatrice’s special day on Instagram and wrote, “Congratulations to HRH Princess Beatrice and Mr Edorado Mapelli Mozzi who were married in a small private ceremony at the Royal Chapel of All Saints at Royal Lodge, Windsor on Friday!”

Even though the Fab Four seem to have missed Beatrice’s special day, they’re sure to be delighted that the princess has found her life partner. 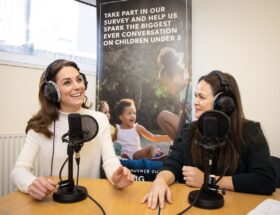 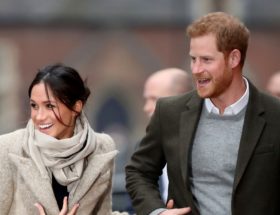