Amidst Black Lives Matter protests sparked by the police killing of George Floyd, fashion and beauty brands and the publications that cover them are being held accountable in unprecedented ways for their roles in upholding systemic racism. Customers and followers are demanding more than just words of diversity and inclusion, they want action—and so do the employees within these companies. The Black in Fashion Council was founded by Lindsay Peoples Wagner, the editor in chief of Teen Vogue, and Sandrine Charles, the owner of Sandrine Charles Consulting, to address this call for change. “As a collective,” the landing page of the Council’s recently launched homepage reads, “we envision a world in which black people in fashion and beauty spaces can be open and honest, guaranteed equal rights, and be celebrated for our voices.”

Peoples Wagner and Charles have enlisted the support of the Human Rights Campaign to establish an equality index score that will provide benchmarking around corporate policies and practices “pertinent to the inclusivity of Black employees.” The Black in Fashion Council will produce a yearly public report to track the work that companies who’ve signed a three-year commitment pledge are doing to foster representation of Black employees at all levels. The Council’s executive board, whose members come from all aspects of the fashion and beauty industries, and includes names like GQ deputy fashion director Nikki Ogunnaike, costume designer Shiona Turini, and Brandice Daniel, the founder of Harlem’s Fashion Row, will help facilitate the work that the companies have agreed to do.

“The Human Rights Campaign already has a Corporate Equality Index for people with disabilities and the LGBTQ community that companies like Kering are already a part of,” Peoples Wagner says. “This would be a way to continue to give companies a report card of accountability without them feeling like they’re being shamed into it, and giving them the actual resources of what people are saying they want to see changed.” As for the executive board, Peoples Wagner says, “it only goes so far to say X, Y, and Z brands aren’t doing enough on Instagram. The thinking behind this is we would be using our own networks to be able to have these conversations with people and encourage them to be part of the Council and be part of the corporate equality index. Whoever had a great relationship with a certain brand would spearhead that conversation.”

Two years ago Peoples Wagner surveyed 100 Black people in fashion for a much-read piece about racism in the industry. Charles, whose past clients have included Kith, Ivy Park, and Nordstrom x Nike, adds, “After seeing people connect on social media and seeing people share their personal experiences, Lindsay and I honestly just wanted to set up time to align with our peers—senior people in fashion and beauty—to see where they were at. Collectively, we wanted to have this kind of opportunity or hub for everyone to express themselves, to create guidelines of how we all want to work. There’s a lot of pride behind how we organized over the past couple of weeks to create structure and organization.” She continues: “We’d like everybody to participate; we don’t want to segment based on larger brands or smaller brands. We really want this to be a collective of everyone, so we built out an industry standard of what we want diversity and inclusion to look like moving forward.”

The duo has the support of the Council of Fashion Designers of America (CFDA), which earlier this month announced plans to “create systemic change” within the industry, via an in-house employment program for Black talent, a mentorship and internship program, and the creation of a diversity and inclusion training program for members. The CFDA letter was criticized as going not far enough by 250 Black fashion insiders who signed the Kelly Initiative. As of today, the Black in Fashion Council’s 400 stakeholders are individuals, but Charles says, “Now that our website has launched, we have calls starting this week with businesses and entities to start partnering with.” The Council’s first equality index score will be released in June 2021. It will also produce a digital directory of Black fashion and beauty professionals that brands can purchase to assist with diversifying their staffs. “What sets us apart,” Charles concludes, “is we want to show that we’re in solidarity with you, we want to not only support your group but empower you with resources that you may or may not have. That’s really important: to have a network of people that are working for the same good with egos aside.” 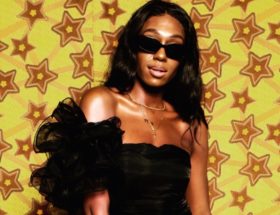