The Beyoncé protégés stole the show.

YouTube’s Dear Class of 2020 was packed with unforgettable commencement speeches and musical performances. Everyone from Michelle and Barack Obama, Lady Gaga, Lizzo and Jennifer Lopez to Zendaya, Billy Porter, Kerry Washington and Katy Perry took part in the event.

Beyoncé, who delivered an empowering commencement speech, was also on hand. So it only makes sense that her musical protégés, Chloe and Halle Bailey, also known as Chloe x Halle, made appearances too.

The sisters showed off their astounding vocals with their song “Do It.” For the epic performance, they wore custom leather looks by Zana Bayne, created with stylist Zerina Akers, and latex by Venus Prototype.

In her commencement speech, Beyoncé tackled several issues, including the difficulties she faced starting her own business as a Black woman. She explained, “The entertainment business is still very sexist. It’s still very male dominated. And as a woman, I did not see enough female role models given the opportunity to do what I knew I had to do. To run my label and manage my company. To direct my films and produce my tours. That meant ownership. Owning my masters. Owning my art. Owning my future and writing my own story.”

The superstar encouraged others to do the same, saying, “Not enough Black women had a seat at the table, so I had to go and chop down that wood and build my own table. Then I had to invite the best there was to have a seat. That meant hiring women, men, outsiders, underdogs, people that were overlooked and waiting to be seen.” 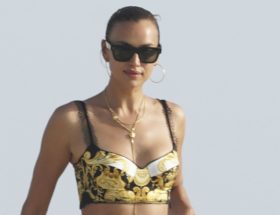 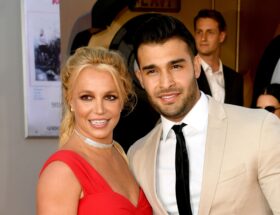 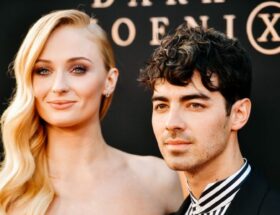