She’s donning a straw cowboy hat and a black bikini top in the pictures.

With summer just around the corner, Ciara is preemptively getting ready for the warmer weather with some steamy Instagram selfies.

Posting a series of photos on the platform on Sunday, the singer featured her baby bump as she lounged in the sun in her backyard. She wore a black bikini top, shades, a straw cowboy hat, and minimal jewelry.

“The Bump is Bumpin,” she wrote in the caption. The singer is expecting a baby boy with husband Russell Wilson.

When Ciara first shared the news of her pregnancy with the public, she did so with another bikini-clad Instagram photo. Posted to the platform in late January, the pic shows Ciara standing in profile on a bed of rocks during her vacation in Turks and Caicos. “Number 3,” she wrote in the caption, an ominous message if not for the very visible baby bump.

The latest addition to the Wilson family will join daughter Sienna Princess Wilson, whom they welcomed into the world in 2017, and Ciara’s five-year-old son, Future Zahir Wilburn, whom she shares with her ex Future.

Ciara previously told that her relationship with Wilson is “even greater… just… so… amazing… awesome… It really is.” She later added, “If someone’s not supporting you and your vision and your dreams—whether it’s your relationship partner, your friend, whomever, then you’ve got to make sure to keep it moving.” 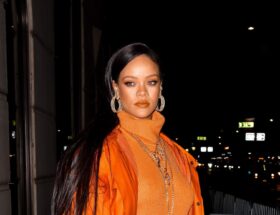 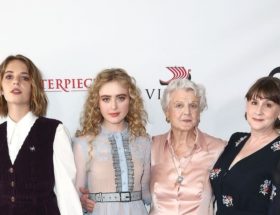 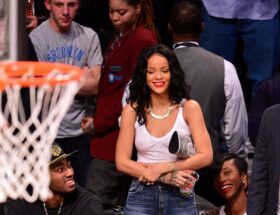