The Duke and Duchess of Sussex are said to be “encouraged” by progress being made and see the hearing as a procedural step in a longer legal process.

After a hearing lasting over six hours, a legal team for The Mail on Sunday chose not to argue against whether five articles about Duchess Meghan’s letter—two in The Mail on Sunday, and three on Mail Online—were dishonest. Anthony White QC (Queen’s Counsel) also chose not to argue against an “agenda” or “campaign of intrusive. . . or offensive” stories. Instead, Associated Newspapers, the Mail‘s publisher, claimed that the issues raised were not relevant to the case.

The British tabloid, who admitted to having a “warm” relationship with Thomas Markle, attempted to strike out the Duchess of Sussex’s claim that nine “dishonest” articles published in the outlet demonstrate an agenda against her. However, the paper did not object to the argument that the letter sent to her father in August 2018 was reported through “misleading” cherry-picked excerpts.

David Sherborne, QC for the duchess, said, “It is the defendant’s actions in stirring up, creating this dispute that they use as justification for publishing the contents of the letter.” Sherborne added that it would be “complete fallacy” to dismiss claims that the Mail on Sunday had harassed and manipulated her father simply because she has not been in contact with him.

Meghan is seeking damages for alleged misuse of private information, copyright infringement, and breach of the Data Protection Act in the U.K. A source close to Sussexes confirms that should the duchess win the case, she plans to donate damages (over and above legal costs) to an anti-bullying charity.

As a preliminary proceeding, the April 24 hearing—which was witnessed by the Duke and Duchess of Sussex from Los Angeles via Microsoft Teams—was not the scene for loud legal arguments but, instead, a discussion around if any parts of Meghan’s case should be removed ahead of the trial (The Mail on Sunday have argued that allegations of “dishonesty and malicious intent” should be withdrawn).

Judge Mr. Justice Warby reserved judgment in the case and a date has yet to be set for the main trial.

The first hearing in Duchess Meghan’s lawsuit against The Mail on Sunday is taking place today, Friday, April 24, and will see the case take one step closer to a full trial.

The Duke and Duchess of Sussex will be listening members of Britain’s High Court hearing, which is taking place virtually due to national coronavirus restrictions, as Meghan’s legal team describe what they feel has been a long-running campaign against the duchess through “intrusive, offensive, and untrue” stories.

Meghan is suing The Mail on Sunday for printing selected excerpts of a “deeply personal” private letter she sent to her father in 2018 to “manipulate readers.” The act, says Meghan’s lawyers, violated privacy, copyright, and data protection laws in the U.K.

We understands that both Harry and Meghan have been encouraged that truths about the case are starting to come out, though they say, so far, revelations have only scratched the surface. They couple see today’s hearing as a procedural step in a longer legal process.

As the High Court hearing began at 10:30 a.m. local time, Judge Mr. Justice Warby warned the same “normal reporting and contempt of court” rules apply to the virtual hearing, which was being witnessed by over 70 “interested legal and journalistic parties,” via Microsoft Teams.

Today’s “strike out” hearing was requested by the tabloid newspaper, who are seeking to have allegations of “improper conduct” struck from the litigation. The Mail on Sunday is not, however, disputing the allegation that they selectively chose parts of the letter to fit a longstanding narrative in their February 2019 “world exclusive.” Counsel for Associated Newspapers, the publisher of Mail on Sunday, told the judge accusations of dishonesty are “not relevant” in the legal action Meghan is bringing.

Earlier this week, Harry and Meghan wrote a letter to British tabloid newspaper editors at The Sun, Mirror, Mail, and Express to announce they will no longer communicate with the publications due to their “reporting style” and “lies.”

While many criticized the couple for making the announcement so public, it was an important move ahead of their lawsuits against three British tabloids (Harry is suing the Mirror and Sun for alleged phone-hacking). In short: for legal reasons, they needed to address each publication specifically to stipulate the terms of non-engagement and lack of consent. 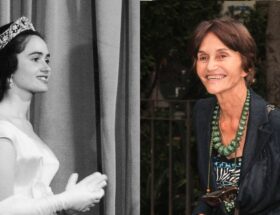 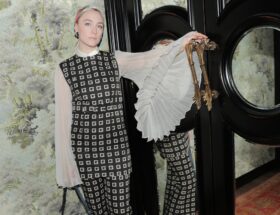