Until his very first VMAs performance, Lil Nas X seemed comfortably secure in his place at the center of the so-called yeehaw renaissance thanks to his meteoric hit “Old Town Road.” It’s accompanying music video showed off the best of Lil Nas’s Western-influenced style: there’s a weathered brown leather jacket, a customized Nudie-style suit with white fringe, and plenty of cowboy hats, of course.

But with his VMAs performance a few weeks ago, Lil Nas debuted another side of his persona. He took the stage to perform “Panini” in a futuristic ensemble that recalls the neon-bright wardrobe of Tron. In the new video for that song, he’s only doubled down on this aesthetic. In what’s likely a nod to Lil Nas X’s meme-y origins, the Mike Diva-directed video features the actress Skai Jackson—you might recognize her as the young woman sitting in a blue dress with a sly smile in a popular recent meme (Know Your Meme defines it as only “Petty Skai Jackson”).

In this video, Jackson runs around a futuristic cityscape trying to escape Lil Nas X who appears everywhere —even as a hologram when she gets into an Uber. Eventually, she encounters the young star performing in a futuristic yellow-accented black bodysuit along with dancing robots on the street. We already knew that Lil Nas X had yeehaw style down pat, but now he’s proved he can easily take his wardrobe very far into the future, too. 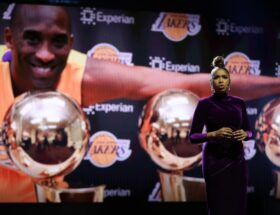 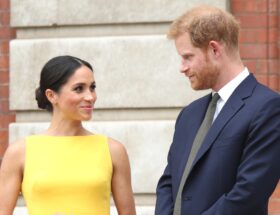 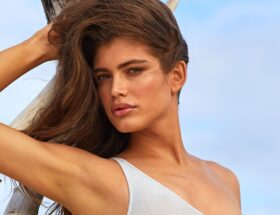