Miley Cyrus called on her mother Tish to make an appearance in the powerful and cameo-packed video for her new song Mother’s Daughter.

The 26-year-old singer is no stranger to courting controversy with her musical offerings, with her new single the latest to raise eyebrows. Miley dropped the video for the tune on Tuesday night (July 2, 2019), and appeared to have taken inspiration from Britney Spears’ iconic Oops… I Did It Again! as she donned a similar red catsuit while belting out the lyrics.

Miley, who is married to actor Liam Hemsworth, is joined by a host of familiar faces for the video, including Tish, who sits alongside her singer daughter in matching skirt suits as she sings “My mama always told me that I’d make it, That I’d make it, so I made it, I put my back into and my heart in it, So I did it, yeah, I did it.”

Body-positive model and actress Angelina Duplisea also makes an appearance in the video, featuring in a shot where she’s shown naked and reclining on a chaise longue as Miley sings “Oh my God, she got the power, Oh, look at her, she got the power”.

Sharing a snap from the video on her Instagram page, Angelina wrote: “We humans have a lot to learn, but we can start by fighting our personal biases and permitting people of all genders, races, sexualities, sizes, abilities and health levels to live harassment-free lives. Don’t f**k with their freedom to feel happy and beautiful right now, not just when society says its ok. Thank you @mileycyrus for letting me be part of this art.” 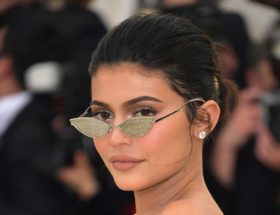 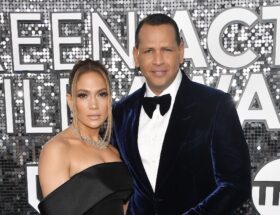