Renée Zellweger Is Back—We’re Just Not Sure in What, Exactly

0
Home CELEBRITIES Renée Zellweger Is Back—We’re Just Not Sure in What, Exactly

Renée Zellweger has been lying low in Hollywood. The Oscar-winning actress’ last big turn on the silver screen was in 2016, for Bridget Jones’s Baby. But now, she’s back in the spotlight, and it’s for a starring role in a new Netflix series. (These days, you’re not A-list unless you’ve had your own Netflix show, apparently.) Exactly what What/If is, however, remains to be known.

Premiering on May 24, Zellweger is set to star in the thriller series What/If, which will run for 10 episodes. A release from the streaming giant said the series will “[explore] the ripple effects of what happens when acceptable people start doing unacceptable things.” It centers around Zellweger’s character, Anne, who offers a cash-strapped couple in San Francisco a lucrative—but mysterious—offer. The trailer, released today, doesn’t give that much more away, other than that this will be a very sexy, very mysterious series; it shows Zellweger clad in her best cocktail attire, strolling (sexily) through a party (in dramatic slow-mo), saying things (mysteriously) like, “What if I made you an offer too extraordinary to refuse?” It ends with her dropping a chess piece from the staircase, telling her drink-sipping guests, “Welcome to the game.” Again, sexily, and with very little additional information.

What will this game entail? Likely lots of double-crossing and deception, but that’s all we can tell so far. And, frankly, we’re kind of on board anyway. This isn’t the first time Netflix has teased an enigmatic new series with little details —it’s almost a strategy at this point. Take its breakout shows like You, The OA, and Ozark, which all had mystifying initial teasers, too.

Meanwhile, What/If joins a long list of other exciting shows on the roster for the spring and summer season; on Netflix specifically, one should also be ready to binge-watch shows like Stranger Things 3 and When They See Us in the coming months. 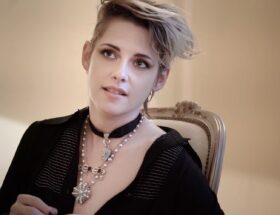 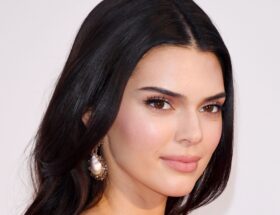