Paris Hilton Is Cruising to Coachella in Ridiculous Style

Coachella has become such an entertainment juggernaut that even the most mundane aspect of the festival—how you transport yourself to the Indio Valley where it’s held each year—has turned into its own elaborate industry. There’s private jet charters, naturally, and BMW has even partnered with the festival on a giveaway sweepstakes that, if you’re one of the lucky winners, enables you to ride to Coachella in a custom BMWi8 convertible that’s brightly painted in the style of the artwork for singer-songwriter Khalid’s newly released album Free Spirit.

Some special Coachella VIPs have been given the opportunity to drive down this weekend in these Khalid-inspired BMWs without entering the sweepstakes, and the first to show off their flashy new whip? Paris Hilton, of course. In the hours leading up to the event, which officially kicks off today, Hilton posed alongside her custom BMW in an amethyst-colored tie-dye gown, which perfectly matches the darker hues of the ombré yellow and purple convertible. Even when she’s driving to the festival in an impossible-to-miss car, Hilton manages to wear a dress that’s even more conspicuous than the car itself. Would you expect anything less from the heiress-cum-DJ? 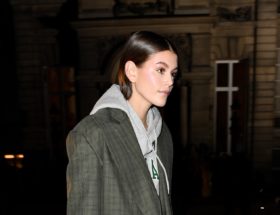 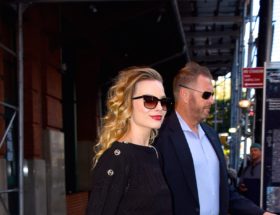