“There was a bit of my brain that actually died,” the actress revealed.

Emilia Clarke shared further details and rare photos from the brain surgeries she underwent after suffering brain aneurysms in between earlier seasons of Game of Thrones.
During an interview with CBS Sunday Morning, she revealed that “there was a bit of my brain that actually died” during the second aneurysm.
Clarke said that during recovery, she found strength in playing her “badass” character, Daenerys Targaryen.

Emilia Clarke opened up about her brain aneurysms and surgeries in a sit-down interview with CBS Sunday Morning that aired yesterday. Weeks after first revealing the news in an emotional essay for The New Yorker, the Game of Thrones star gave more details about her health scares. She also shared never-before-seen pictures from her procedures.

As Clarke previously revealed, she first realized she was experiencing brain damage in February 2011, after filming Season 1 of GoT, while working out at the gym. She felt “the most excruciating pain,” which she likened to a rubber band snapping inside her head that resulted in “an enormous amount of pressure.”

She had suffered a hemorrhagic stroke and bleeding inside the brain, but was treated in surgery and later returned to work on Game of Thrones. However, there was another swollen blood vessel developing in her brain, which she ultimately had to treat two years later. As she revealed in her essay, the second brain surgery required going through her skull.

“The second one, there was a bit of my brain that actually died,” Clarke told CBS. “If a part of your brain doesn’t get blood to it, it will just no longer work. It’s like your short circuit. So, I had that and they didn’t know what it was.” She also found it was “much harder to stay optimistic” after the second surgery.

Clarke was worried that the malfunctioning part of her brain would affect her acting skills or ability to remember lines. “That was a deep paranoia, from the first one as well,” she explained. “I was like, ‘What if something has short circuited in my brain and I can’t act anymore?’ Literally, it’s been my reason for living for a very long time.”

While recovering from the second aneurysm, Clarke “went through a period of being down,” but she found strength in portraying her onscreen GoT persona, Daenerys Targaryen. “You go on set, and you play a badass, and you walk through fire, and that became the thing that just saved me from considering my own mortality,” she said.

Clarke returns as Daenerys on Game of Thrones for the eighth and final season, which premieres on April 14 on HBO. 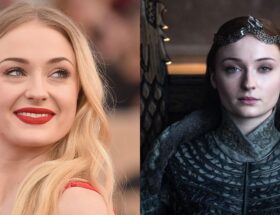 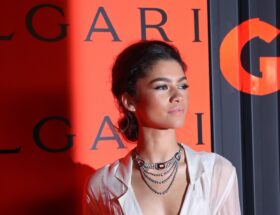 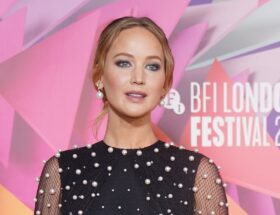