Ariana Grande doesn’t feel the need to label her sexuality

Ariana Grande doesn’t feel the need to put a label on her sexuality after sparking rumours she’s bisexual with her new song Monopoly.

The 7 Rings hitmaker dropped her new collaboration with Victoria Monet on Monday (01Apr19), and fans were quick to notice the lyrics, “I like women and men,” and when one fan asked Victoria, who came out as bisexual last year, whether those words also reflected Ariana’s sexuality, she cryptically replied, “She said what she said.”

Ariana later shed some light on the speculation on Monday night by telling a fan she hasn’t put a label on her sexuality before and she wasn’t going to do so now.

“Ariana ain’t gotta label herself, but she said what she said,” the fan wrote, and the 25-year-old replied, “I haven’t before and still don’t feel the need to now (black heart and fairy emojis) which is okay.”

Fans first began wondering about her orientation following the release of the video for her tune Break Up With Your Girlfriend, I’m Bored. While Riverdale’s Charles Melton starred in the video as the object of Ariana’s affection, she was also seen getting close to his girlfriend in the clip – with the pair kissing at the end.

The Thank U, Next star and Victoria performed the track live for the first time during the singer’s Sweetener World Tour stop in Montreal, Canada on Monday night, something which Ariana had teased in a series of Instagram Stories videos before the show.

“Today is such a f**king wild day, I’m so emo and grateful and I love you. I’m gonna cry a lot in the show tonight. I’m just warning everyone,” she said. “I’m so happy to be here, Montreal, it’s lit. 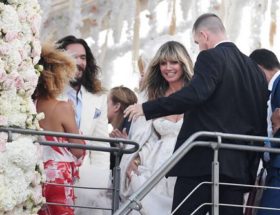 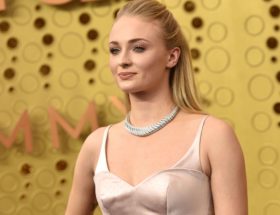