It’s been more than a month since Mandy Moore spoke out about Ryan Adams in a New York Times exposé, where she and other women accused him of emotional and psychological abuse, and now, she’s opening up about the response she’s gotten since then. (Adams previously denied all claims through his lawyer.) When she talked to Us Weekly at PaleyFest on Sunday, Moore said she’s received a lot of support from women who have been in similar situations, and she feels “emboldened” by the fact that she and the other women involved have been able to help others feel heard.

In the original Times piece, Moore claimed that Adams’ “controlling behavior essentially did block my ability to make new connections in the industry” during a time when she was trying to make new music, and she later explained on Marc Maron’s WTF podcast that she felt like she was “drowning” when she was with Adams.

As mentioned, Adams denied Moore’s claims through his lawyer, who said the Times allegations were “completely inconsistent with his view of the relationship.” Adams later tweeted about the whole situation, “As someone who has always tried to spread joy through my music and my life, hearing that some people believe I caused them pain saddens me greatly. I am resolved to work to be the best man I can be. And I wish everyone compassion, understanding and healing.” He has since made his Twitter account private.

And now, Moore says that her choice to speak with the Times has helped her realize how many women have experienced similar situations in their own relationships. “So many women reached out to me, echoing … that the idea that psychological and emotional is often swept under the rug, or not addressed or not talked about, or not considered in the same category of just general abuse,” Moore told Us Weekly.

She also added that she it’s been “heartening” for her to know that she’s not alone, and that other women aren’t either. Moore explained:

“I’ve just been really emboldened by the support that, I think, myself and the other women that have spoken out in this particular situation have received. It’s really heartening. And heartening to know that other women can look to it as an example as well. Like, ‘You’re not alone. You’re seen. You’re heard. You’re acknowledged. It’s real. And I’m so sorry.’”

After the New York Times piece went public, Moore shared a photo from the story on her Instagram, along with a caption about what participating in the piece meant to her. She said that although it was painful to talk about her marriage to Adams, it had been worth it. She wrote:

“Speaking your truth can be painful and triggering but it’s always worth it. My heart is with all women who have suffered any sort of trauma or abuse. You are seen and heard.”

It’s hard to imagine what Moore has gone through, and what sharing her story publicly has been like for her. But it’s obvious that opening up has helped a lot of people, and hopefully will continue to do so. 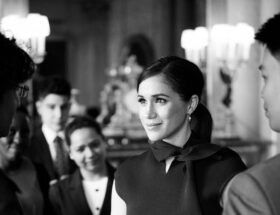 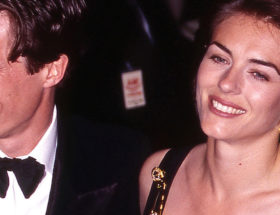 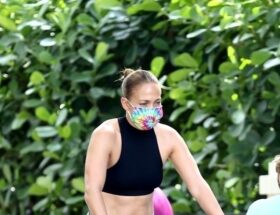