Deadwood Trailer Reveals How the Show Plans to Cheat Time

You don’t need to be a Deadwood scholar to know that the upcoming two-hour Deadwood movie—which seeks to provide closure for the abruptly canceled, critically acclaimed HBO series—hops forward a bit in time. Some of the characters who appeared in the original show, which ran for three seasons—from 2004 to 2006—now have white in their period-appropriate mustaches and sideburns. But while David Milch’s story of an Old West mining town, which blends fact, fiction, and the world’s most inventive swear words, will pick up 10 years after the events of the original series, some things will be the same as they ever were when Deadwood: The Movie drops on May 31.

Powerful figures rose and fell season after season on Deadwood—and this new trailer presents the show’s same main trio locked in a struggle for the soul of their town. You’ve got Ian McShane as Al Swearengen, a saloon owner and businessman with occasional flashes of a conscience, and his foil, Seth Bullock, played with the same mustachioed, steely-eyed determination as ever by Timothy Olyphant. The third player on the board who inspires an uneasy alliance between Seth and Al is, once again, Gerald McRaney’s terrifying George Hearst, who didn’t take center stage until Season 3, when he broke the will of several of the show‘s heroes. George Hearst is, yes, one of those Hearsts: the father of William Randolph Hearst, and the great-grandfather of Patty Hearst. Season 3 saw Hearst leaving Deadwood, but it looks like now he’s back and hungry for even more power. That George and Al and Seth are still at it 10 years later, without having shot each other, may be the most unbelievable aspect of this whole endeavor.

Joining this core trio are many of the fan-favorite characters that fleshed Deadwood the series out and made Deadwood, the town, feel like a truly lived-in place. In this trailer, we see Alma Ellsworth (Molly Parker) seemingly arriving back in town by train. Sol Star (John Hawkes) is by Seth’s side as ever. Trixie (Paula Malcomson), whom Al pretended to kill in Season 3 in order to placate Hearst, is peering fretfully out a window—could she be in hiding? Charlie Utter (Dayton Callie), Calamity Jane (Robin Weigert), Joanie Stubbs (Kim Dickens), Johnny Burns (Sean Bridgers), E.B. Farnum (William Sanderson), and more all get face time in this quick tease. We also see what is, I suspect, a brief overhead flash of the grown-up Sofia Ellsworth, who will be played by Lily Keene. 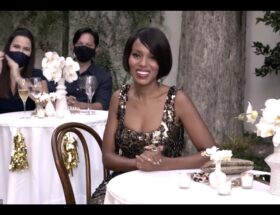 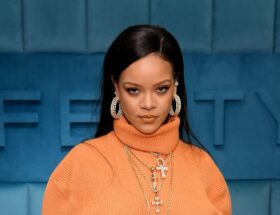